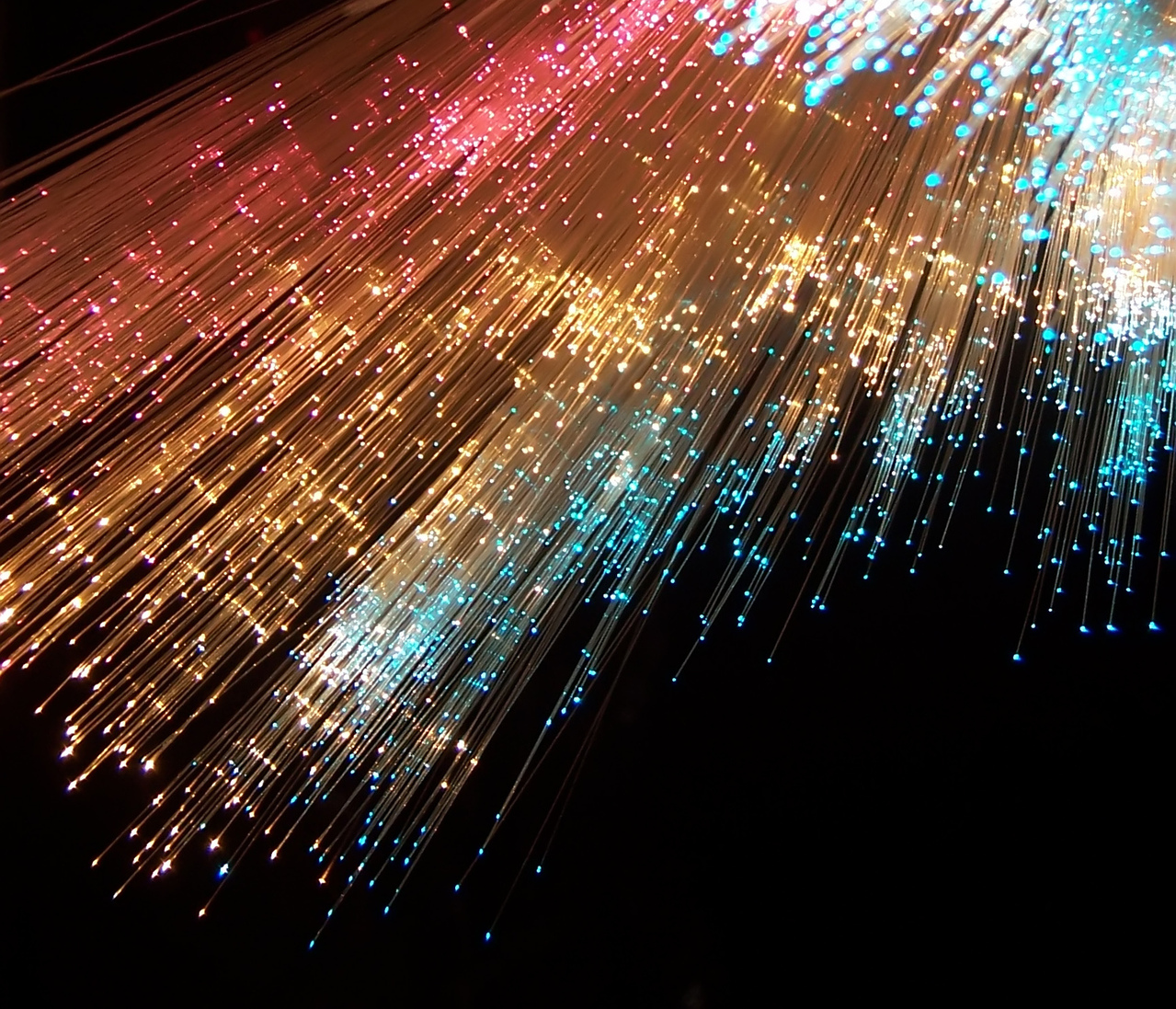 An optical fibre is a flexible, transparent fiber made by glass or plastic to a diameter slightly thicker than a human hair. Optical fibers are used most often as a means to transmit light between the two ends of the fiber and find wide usage in fiber-optic communications, where they permit transmission over longer distances and at higher bandwidths than wire cables.

Fibers are used instead of metal wires because signals travel along them with lesser amounts of loss; in addition, fibers are also immune to electromagnetic interference, a problem from which metal wires suffer excessively. Optical fibers typically include a transparent core surrounded by a transparent cladding material with a lower index of refraction. Light is kept in the core by the phenomenon of total internal reflection, which causes the fiber to act as a waveguide.

Optical fiber is especially advantageous for long-distance communications, because light propagates through the fiber with little attenuation compared to electrical cables.

The advantages of optical fiber communication with respect to copper wire systems are:

Attenuation loss can be as low as 0.2 dB/km in optical fiber cables, allowing transmission over long distances without the need for repeaters.

Optical fibers do not conduct electricity, preventing problems with ground loops and conduction of lightning. Optical fibers can be strung on poles alongside high voltage power cables.

Conventional cable systems use large amounts of copper. Global copper prices experienced a boom in the 2000s, and copper has been a target of metal theft.

Security of information passed down the cable

Copper can be tapped with very little chance of detection.

Optical fibers can be used as sensors to measure strain, temperature, pressure and other quantities by modifying a fiber so that the property to measure modulates the intensity, phase, polarization, wavelength, or transit time of light in the fiber.

Fiber optic sensors are used as advanced intrusion detection security systems. The light is transmitted along a fiber optic sensor cable placed in a pipeline and the returned signal is monitored and analyzed for disturbances. This return signal is digitally processed to detect disturbances and trip an alarm if an intrusion has occurred this happens 24/7 and instantly with pinpoint accuracy.